This is a very yummy recipe that is fairly easy to make. This evening I made just 1/4 of the recipe since I didn't have enough stuff to make a whole recipe, and I didn't need all 12 turnovers :)

For the filling, you need: 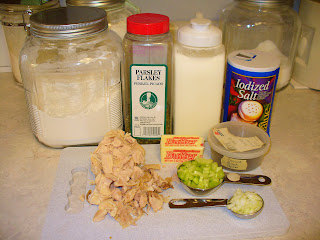 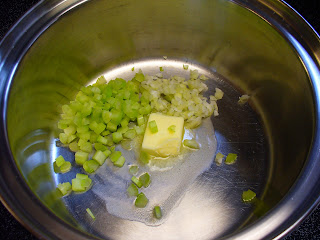 In a saucepan or skillet, melt 1 Tbsp. butter and cook 1/4 cup chopped celery and 1 Tbsp. chopped onion until tender. 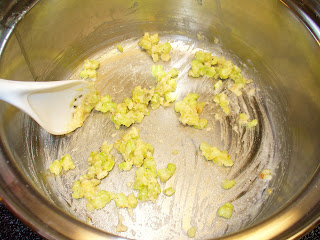 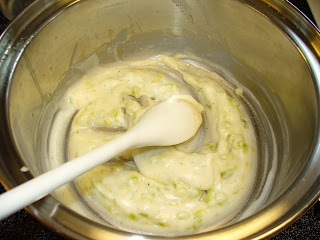 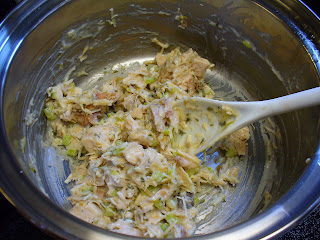 Mix in 1 cup cooked, cubed turkey and 1 Tbsp chopped parsley.
Remove from heat and set aside.
For the pastry: 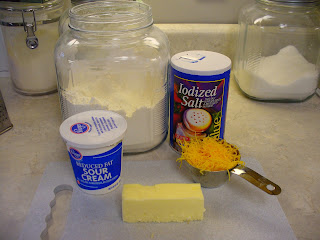 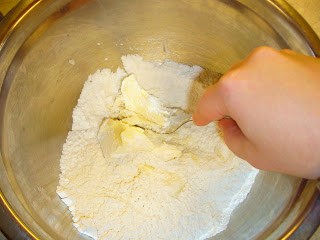 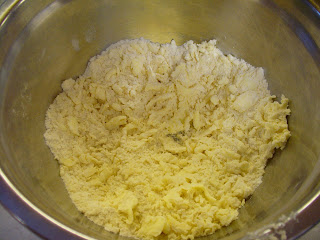 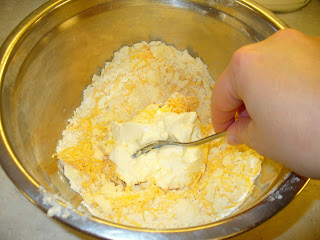 Add 1/2 cup shredded cheddar cheese and mix in 1/2 cup sour cream until dough forms.
(It's a pretty sticky, soft dough)
At this point resist all urges to taste the dough.
It will be begging you to taste it. 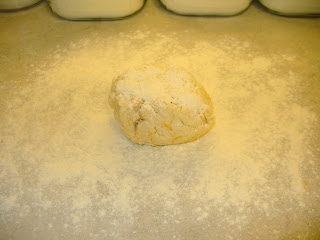 Shape dough into a ball and place on a well-floured surface.
I like to flour the top of the dough ball instead of the rolling pin.
Just my preference, though. You do whatever floats your boat and gets
your dough rolled out all pretty. 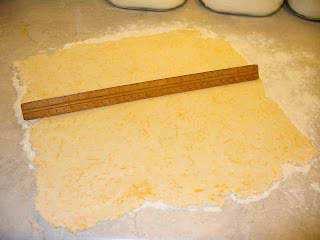 Roll dough out to a 12"x12" square.
Use the ruler that's in your kitchen drawer to measure.
You have one in your kitchen drawer, right?
Your kitchen is not complete without a ruler to use on food.
And now, imagine that I didn't forget to take pictures of the next two steps:
Cut dough into four 6" squares.
Divide filling and place filling in one corner of each square.
Fold dough diagonally over filling and seal edges with fork tines.
Or your fingers. Or get your kids to do it. 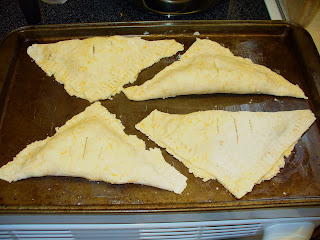 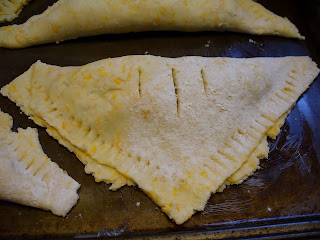 Place on a greased baking sheet and cut vents into the turnovers.
Bake at 350° for 20 minutes or until golden brown. 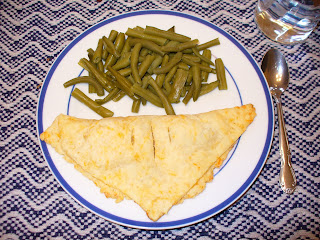 In a large skillet, cook celery and onion in butter until tender. Blend in flour, salt and pepper. Gradually add milk; cook, stirring constantly, until thickened. Add turkey and parsley. Set aside.
In large bowl combine flour and salt; cut in butter until mixture resembles coarse crumbs. Stir in cheese. Add sour cream, mixing until dough forms a ball. Divide dough in half. Roll out one half of dough into 18"x12" rectangle. Cut into 6" squares. Repeat with second half of dough.

Place 1/3 cup of filling on each dough square. Fold diagonally to form a triangle; seal edges by pressing down with fork tines. Cut slits in top of turnovers. Place on greased baking sheets.

Bake at 350° for about 20 minutes or until the crust is golden brown.

Yum! That looks delicious. I might have to try that sometime.

Oh, they look so good! I may just have to make them again sometime, and just eat a little bit of them at a time.

Oh, yes, MY kitchen ruler is the yardstick hanging on the wall going down the steps to the basement. (Heh, the same one I use in the garden, ahem, yeah, that's right.) I am usually measuring 18" or so, doing sticky buns or croissants. But, I may need to designate a special ruler for the kitchen, but then, I don't know if I have ever needed to measure just 12". But, if I make turkey turn-overs, I guess I'll need to then. Hey, do you always use turkey, or do you sometimes substitute chicken?

Sally - Hmm... a yardstick used for both the garden and prepared food... So far I've always used turkey b/c I always have some in the freezer from some great turkey sale or another. I think chicken would be a fine sub.

Thank you so much for your comment!! I'm worried, I'll admit it. But our faith is in God and He always provides. Last weekend, we helped my big sister move to a house closer by and she had a kitchen full of baking supplies, spices, and dry goods that she didn't need and gave them to us. I accepted the big box of food thinking that we didn't really NEED it either but it was really nice of her to offer it. Now, I realize that it was His way of providing for us---it will cut this month's grocery bill by a third. And my sister will receive another thank you :)

Could that song possibly be Praise You in this Storm? Another friend just recommended it to me.

Hi Miriam that looks really good. I'll have to try it sometime soon. I wonder how these would freeze. Jus wondering if you've done that before.

Angie, I think I have frozen these before, and they freeze fine. So good to see you on here! I just saw your new post, I need to go read it :)

I will have to make these out of some of the leftover chicken I have cooking right now in my crockpot. Yes the .59 Kroger chicken that was too good a deal too pass up so I bought 7 of them and REALLY blew up my budget!!! I have all the ing. on had too I believe.
I have a ruler in my kitchen drawer, I thought everyone did.

Hang in there,
Kristal in Southwest Virginia

You make the best looking food, ever! These sound SO good. Thanks!

No ruler in my kitchen--never thought about it.