Christmas at the Beach

Daniel's parents gave us (their children) the gift of time together at a beach house.  We were all there for several days and it was really nice.  We had a great time together, and the one evening after the kids were in bed we played a gut-bustin' game of Apples to Apples.  Somehow a card with the word "underwear" was played and after that EVERYTHING was hilarious.  It was great to laugh so much.


Doing a new puzzle with Papa 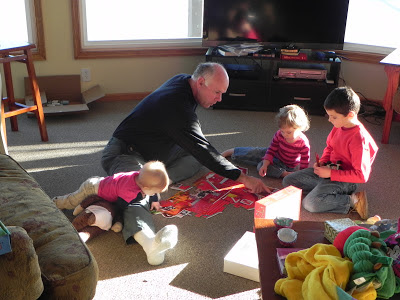 The downside to this part of Christmas Vacation was the lack of sleep for me and the girls.  The first night there, I discovered that I'd left their pajamas at home.  I'd pulled them out and they were in the pile of clothes to pack, but they never got into the bag.  Since we were extremely limited with car space, we packed VERY lightly and that was the ONLY pair of pj's they were going to have.  The house was very comfortably warm, so I thought that they would be ok sleeping in shirts. 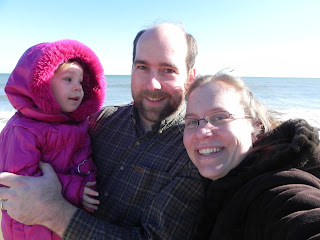 The first bedtime went well.  Sylvia fussed a little (the girls were sharing a room), but then they were quiet.  About midnight I peeked in on them and pulled their blankets up before going to bed myself.  I noticed that their room felt cooler than the rest of the house (a big cold-front was coming in that night).  When I left the room, Sylvia woke up and cried and cried and cried.  Susannah then woke up from the noise.  It is rare that Sylvia does anything like this, but the few times she does she almost always goes back to sleep after crying a few minutes.

That was not the case on this night.  I ended up holding her for a while and she would *almost* fall asleep on me so I would ease her back into her bed.  She would wake up and cry and cry.  Finally I had Daniel bring her pak'n'play into our room so she wouldn't be crying in Susannah's ear.  I ended up lying in bed with her on my chest for 45 minutes until she had calmed down and fallen asleep.  I very carefully put her in her bed and she woke up and cried.  I was flat out at the end of my awake rope, so I talked to her a bit and she soon went to sleep.  This was night 2 of way less sleep than I am used to at this stage.


When she was awake, Sylvia was a happy girl.
She made great forward strides with her mobility while at the beach house. 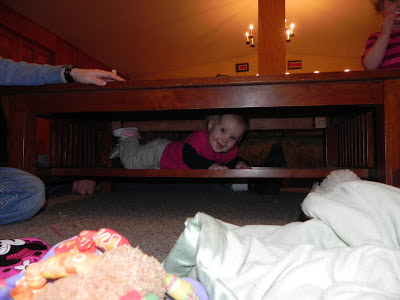 The next night was only slightly better in that Sylvia only cried for a few minutes before going to sleep... and staying asleep.  On the other hand, though, Susannah was awake throughout the night because she would kick her covers off and get cold.  About 6:15 the next morning she came into our rooms and she was simply cold.  I snuggled her in our bed (of course not getting any more sleep) until it was a decent time to get up "early".  That afternoon I googled the nearest Target and went and bought both girls footed pajamas - for $2.63/pr. on clearance. :)  That night we ALL slept pretty good.  {For some reason their room was considerably cooler than ours.  Their balcony door was drafty, too, which I'm sure did not help.}


Sylvia moderating a game of chess. 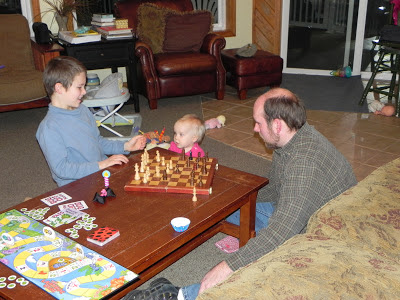 Friday morning Daniel took Susannah out on the beach while I packed everything back up again.  After lunch he packed up the car and we hit the road for my parents house... 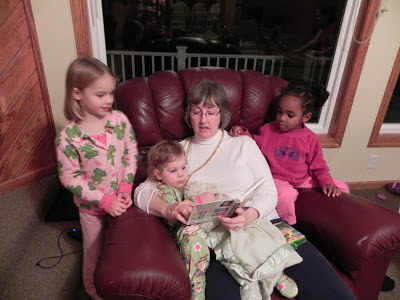