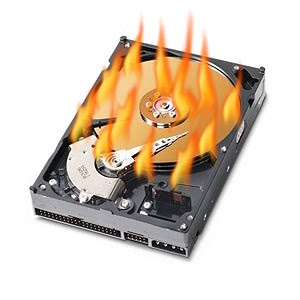 So... yeah. The verdict is that the hard drive in our laptop bit the dust. Died. The end. Ceased to exist. At least in a working fashion. The best (worst?) diagnoses so far is that it's pretty much just a piece of decoration now.

A friend of ours is an IT guy for his company and he took our laptop to work with him where he has access to all kinds of gadgets and gizmo's to perform hard drive CPR, but there just isn't any life left in it.

Wednesday night at church he bore the bad news :( He said a last ditch effort would be to freeze it and see if that would break the discs loose so he could retrieve the info off of it, but nothing he'd tried so far had worked. I haven't heard if the freezing did the trick or not... My computer geek brother-in-law has requested to be able to try his CPR tricks on it if Ed can't get the info off of it.

So, we're still plugging along over here with our stone-age desktop that Daniel built with graduation money after college... so it's... going on 8 years old I guess? It works. The innards grunt and groan and grind away if we make it work too hard, but it gets the job done. Hopefully THIS computer doesn't develop Alzheimer's or dementia before we get the laptop back! Actually, Ed installed a new hard drive and Windows 7 (woot!) on the laptop and we're picking it up tonight, so we'll at least be operating in style! The hard thing is just not knowing if we'll be able to revive the old hard drive enough to get the info off of it.

Another possible last ditch effort for getting our pictures is some software that Andrew (my brother in law computer geek) has that can retrieve deleted pictures from camera cards. He's not sure how many it would retrieve, but hopefully if we have to resort to that it can be a lot of them at least.

So yeah, that's the latest and greatest in our computer world. I'm not giving up on the pictures yet. Too bad Abby Schuto from NCIS doesn't live next door. I'm sure she could get the stuff off of it :P
Posted by Miriam at 9:39 AM

At least you do have something to connect to the internet :)

Don't you love how Abby always gets it right?

We had the same problem with our desktop (it was not even 2 years old!) Anyway I am afraid I have lost all my pics also; we haven't had ours looked at yet. I know upload my pics to my Wal-Mart photo account as an added precaution and it also makes ordering my pics so easy. (plus it was free-can't beat that!) Do you have one of those to use for a backup? Hope you are able to get your pics back.

This is such a kick in the pants for me to get my photos onto Flickr, and then get PRINTS of the photos that I want to keep "forever", because according to King Photo and Andrew, if you want the next generation to see them, the only thing we can get to show them (for sure) is prints. Sigh. That means time and money.